I have never liked canned laughter, or applause. Don’t get me wrong, things in cans are often fine, I mean,
soup…. but watching a tv show and there is that rather obvious sound track, I mean, come on! What’s next? Love making with a sound of ooohing and ahhhing? Funerals with piped in crying?

But, word has it — I just read it — teams may fill various of the ball parks this unique shortened season with canned crowd noise. No, I am not making it up! Here you go:

MLB is encouraging teams to use pumped-in crowd noise at their empty stadiums. Dodgers manager Dave Roberts acknowledged that MLB has recommended multiple sound-effects companies to choose from to provide this service, giving teams “autonomy” in choosing their approach. The Dodgers did a test run during Wednesday night’s intrasquad game — including walkup music, organist Dieter Ruehle and PA announcer Todd Leitz (live, not on tape).

The Dodgers by the way, perhaps others, are also proposing fans pay for a cut-out of themselves to fill up portions of the stands, and you get that life size cut-out at the end of the season.

Well, what crowd noise would you suggest? Does it have to be p.g.? Can it involve serious heckling? Booing? “Throw the bum out?” I guess there are options and the potential is kind of fun to think about, but really? 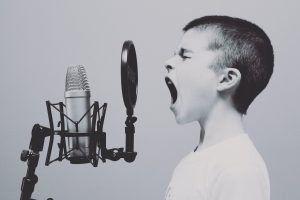 Can Rod Serling please come back to life, please, and then let’s have him become Commissioner of Baseball. This is the Twilight Zone, come on… don’t deny it!