I have read stats about the number of trash can sounds in any given Houston Astros’ game in 2017.  Read data that at least suggests their sign stealing played a major role in a lot of games.  Read how fans and players alike are howling about what went down, including the disconcerting way the MLB has handled (or mishandled) the morass.  It is not pretty.  It ain’t no grass stain that will wash out in the laundry.

A young kid named Alex Verdugo was traded this off season from the Dodgers to the Boston Red Sox.  He wrote a very heartfelt farewell to Los Angeles, in which he said, among other things: So many emotions, so many things to say and still not sure how to but here we go. … To the fans, to the city . You guys made being a dodger so special in so many ways.  On the field, off the field, or just walking down the street you guys made me feel loved and like family. … Thank you all for making it so easy for me to be myself and to play and express the pure love and joy I have for this game everyday.   Please know from the bottom of my heart, you will alway be apart of mine.

Dugie, as we called him, now on the other side of he country.

It has been months since October.  School shootings have not been solved. There is a very, very scary virus that seems to be spreading as this is typed which we are told originated in China.  Our President continues to tweet like an angry fan in the bleachers who forgets there are kids nearby, or does not care.  The Oscar for best actor went to a fellow who portrayed a mentally ill whacko with the nick name Joker.

The world has changed since the Washington Nationals surprised most everyone (perhaps even themselves), and took the Fall Classic in 2019 for the first time in a long, long while.

I just was thinking, and looked out the window, and would say to you:  Our blessings remain. The sun is there.  The day looks promising, I can say that much. I may be getting on in years, to be sure, and creaking as much as the front door, but I sense a return.

God damn I am relieved spring training has begun!

Do you find a little more bounce in your step?

True, crabby some of us may well be.  Disagreeable, fretting, pissed off.  But there it is:  The crowd.  Players with such hopes.  Kids.  The media.

Sometimes I will turn down the sound if a game is on tv, and just watch.  Imagine thinking it would look even better, at least at times, in slow motion.  Baseball, the game that takes far too long, that bores quite a few, reduced to a crawl so you can scope things out with an even finer toothed comb.

What is it about hope springs eternal?

Naw… Kids, put on your mitts! 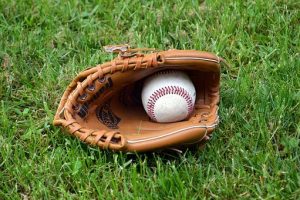