Goats get a bad rap.  The general consensus is they are not all that bright, male and female typically have beards, they chew on tin cans (really?), most have horns, and they will not ever win a beauty contest.  Frankly I am sympathetic.  No goat ever did me any harm…

How in the world did the word goat become associated in sports with a player who muffs so badly the responsibility for the loss is now on his or her shoulders; perhaps forever?  No one grows up wanting to be a goat.  Some people won’t take any risks simply to avoid becoming the dreaded goat.

There sure are some famous goats in baseball:  Mickey Owen, Brooklyn catcher, passed ball in the 1941 world series with the Yanks.  Credited with opening the door to the Yankees winning the series.  Mickey was indeed the goat, but I read among other things women then sent him alluring photos by mail and offered to marry him.  Thing is, Mickey was already married.

Ralph Branca, the shot heard “round the baseball world…”  The Dodgers had a 14-1/2 game lead as of August 11 that year, 1951. With just ten days remaining in the season they were six games up.  Next thing you know the Giants had pulled to within 4 1/2 games. Then the Giants won all of their final seven games, and the Dodgers managed to lose six of their last ten.  Boom!  The stage is set, Bobby Thompson hits that walk off miraculous homer, everyone goes nuts, and Branca forever is associated with that horrific gaffe, that “punch to the gut” or whatever you call it.  He became the goat, pure and simple.  He might as well have walked on all fours, and spent the day chewing his cud. Except I read in time he and Thompson became good buddies, Branca wore it well, didn’t really phase him much over time, and even gave him a kind of unique notoriety.

Billy Buckner, the ball scooting between those hobbled ankles… Oh no.  Oh no!  All was forgiven with a sincere standing ovation at Fenway Park years later.  Billy Bucks, quite a player. Deserved and got better.

But: Why do things evolve to that moment, to even put someone in that place to begin with?

On the eighth day God said “Ok I rested enough… let someone become a goat!”

Really?  God would do such a thing? 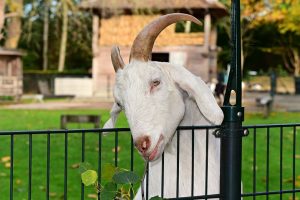 So it is that I am trying to figure out how the two homers back-to-back given up by future Hall of Famer Clayton Kershaw in the fifth game of the recent post season series between the Dodgers and Nats is going to some day be transformed from distraught to a funny, poke-in-the-ribs. Part of a good natured roast maybe.  And Kershaw will be far more saluted than not.

Clayton, you ain’t no goat, we love yah man… The reason why it is going to turn out ok, the reason why? Forgiveness, and the good nature of baseball fans.

We believe in redemption. We are part of a national past time. We are the keepers of a storied tradition, and we want to sweep-up after the game. Ugliness is trash, there’s a receptacle for it.

We love baseball, and we ought to hate anyone ever being a goat.  Ever.  After all, to err is human… well, you know the rest. 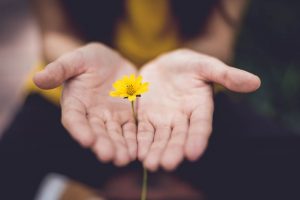