WRIGLEY FIELD, IF THESE BLEACHERS WOULD TALK

Let me take your down cuz I’m going to… Wrigley Field….  Everything is real, and baseball to get up about.  Wrigley Field for ever…

Yes, I paraphrased a famous song, but it is so hard to know all what to say about Wrigley Field.  At the end of this article I ask if there is one sentence you think could possibly capsulize what the bleachers would say if they would talk.

It figures that Wrigley Field follows the jewel box design of ball parks popular in the early part of the 20th century. So, the two recessed wall areas, in left and right field, provide a little more length than if the wall were to actually follow the contour from center field.  Oh, and it was not called Wrigley Field when it was opened in 1914 (not long after the Titanic became part of history). It became Wrigley Field in November 1926.  Yeas later, in 2009 the Ricketts family purchased the team as well as the ballpark, and have since undertaken a lot of  renovation, which includes negotiations with the owners of the rooftop clubs (quite a few of which have since been bought by the  family).

Did you know the original tenant was the Chicago Whales (aka the Chi-Feds)?

In 1937, it was Bill Veeck, son of the club president, who planted the venerable ivy vines against the outfield walls. The rules are that if a ball gets into the ivy and remains stuck, the batter is awarded a ground rule double (any other base runner moves two bases from where he was). The ivy, in the early part of the baseball season, usually has not leafed out, so you see the vines more than greenery. In time the ivy thickens, becomes notably green, and disguises the outfield field wall’s hard brick surface. By autumn, during the post season, the ivy turns red.  Although the MLB requires all outfield walls to be padded, Wrigley Field has been grandfathered, such that it is the sole MLB stadium without padded walls. In 2004, the ivy was expressly included in Wrigley Field’s Landmark Designation by the Chicago City Council.  Does this mean Wrigley Field is part of the Ivy League? 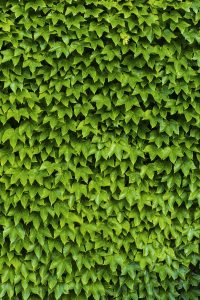 The ball park has a  very cool nickname:  “The Friendly Confines”, popularized by Mr. Cub, Hall of Fame shortstop and first baseman Ernie Banks. For the record, it is the second oldest park in the Major Leagues, and can sit over 41,000 fans. As to the rooftop seats: Early on buildings along two of the avenues provided a view of what was happening.  Not surprisingly this became a popular spectator area.  By the mid 1980s some rooftops began to have bleacher-style grandstands.  They even became “legitimate business”.  Well, that meant by 1998 rooftop owners had to have a license, and regulation was undertaken by the City.  Building owners agreed in 2004 to share a portion of their proceeds with the Cubs.  Some of the rooftops have become legendary, such as the Lakeview Baseball Club which displayed the sign “Eamus Catuli!”, evidently Latin for “Let’s Go Cubs!”. 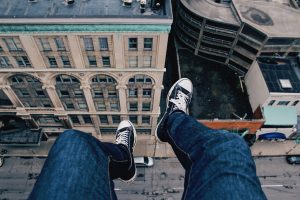 Now, about the wind patterns…. You see, in the Spring the wind visits from Lake Michigan, and tends to knock down potential homers.  When it warms up in summer, the wind switches, coming in from the south and southwest so you have air that is blowing out.  When that happens an otherwise harmless fly ball might turn into a dinger.  Of course the flags are carefully observed by fans to get a sense of what to expect.  There is a bit of science here, you know, it isn’t all fable and legend!

There were 5,687 day games played by the Cubs at Wrigley before the lights were finally lit on August 8, 1988.  As fate would have it, the game was rained out after 3-1/2 innings.

Oh, I better at least mention the bricks, although those are outside the ball park.  They are commemorative, and express affection for friends, baseball and family.  Here are two samples:  “We saw Ernie’s 512th 8/24/71”, and “In 1940 Wally Schleehauf sold peanuts here.”

Finally, then, back to  the title of this column: “If These Bleachers Would Talk”.

After all, more than 100 years have passed since Wrigley Field opened. Would the bleachers chat about the remarkable advances in medicine? Might they  talk about the change in the kinds of clothes worn by those who visit the park?  Would they comment on the stock market crash, World War II, the advent of television, or what it meant for the Cubs to shake the curse and win the  2016 World Series?

Here is what I think the grandstands would say, in one sentence:

“If the world is a stage and all the men and women merely players…. Wrigley Field is a diamond, and everything there is brilliant.” 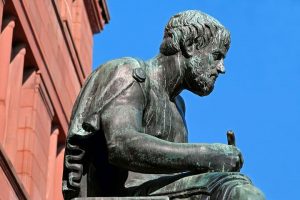 Ok, I tried to think it out.  Your turn!