EARNED SWAGGER (or, another reason I love baseball)

He’s not classically good looking.  He isn’t exactly charismatic.  He is kind of built like a gnome (no offense to him or gnomes).  I mean, his nick name is Funky.

He came up to the majors in 2015 with the Oakland Athletics, and in 45 games hit all of 206.  He had 31 strike outs compared to 21 hits.  The next year the Athletics took another look.  In 51 games he hit a harrowing 186.  He had 24 strikes outs compared to 21 hits. The A’s released him at the end of spring training in 2017.  He went home, no job.  And there he was, hanging out with his dad, who kept after him for whatever that is worth.  And kept him practicing; which is pretty cool of dad to do that, you gotta admit. But he was a discard, folks, I mean, they cast him out. 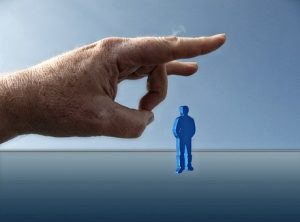 Then a guy who had been a management figure with the Athletics (Farhad Zaidi), who moved onto the Dodgers, signed him to a minor league contract. By then our buddy was 27, and actually a non-roster invitee to Spring Training.  He started doing reasonably well in the minors, and the next year, 2018, the Dodgers had an injury so Max Muncy got called up.  I’m sorry, Maxwell Steven Muncy.

By the time last year ended, he led the Dodgers in home runs with 35. He accepted an offer to participate in the Home Run Derby, he had the second most RBIs for the Dodgers (although he only played in 137 games), and he filled in at first base, third base, second base, and even some outfield.

Now it’s 2019.  You may have thought 2018 was an aberration? This Funky Muncy will no doubt fall prey to the sophomore jinx.

He has over 30 home runs already, and already over 80 RBIs.  He is one of the stalwarts.  He is a stud.  They pitch him very cautiously.  He is… Well, this video below is worth a tiny bit of your time.  If you want to get the full swag, fast forward to 1:12.  By the way, don’t love baseball? Another story here of redemption, of not giving up, of truly rising up.  With hope seems lost, hope is found and realized.  Damn, there ain’t nothin funky about this guy!