SLUMPS, AND WHY YOU MUST NEVER GIVE UP!

The Rolling Stones have a rather well known song, that has been popular for many years:  “I Can’t Get No Satisfaction“.  Here is a a particular refrain: 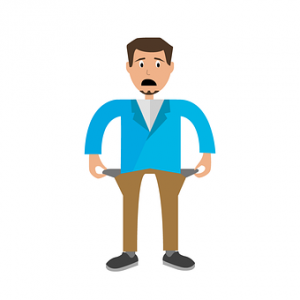 A losing streak…  It happens. Failure, loss, it happens.   We can’t win all the time.  You are in fact considered a terrific hitter in Major League Ball if you get 3 hits every 10 at bats. Making an out 7 out of 10 times is ok!

There are infamous slumps.  Frank Robinson, Hall of Famer, had a terrific rookie season, but the next year went 0 for 20 at one point, and later admitted “I didn’t think I was ever going to get another hit.”  Aaron Judge, the stud Aaron Judge, from August 16 to September 11, 2016, batted .130, with 1 home run.  Ozzie Smith, gold glove phenom Ozzie Smith, August 31 to October 4, 1981, batting average .136.  You think slumps only pick and choose a select few?  Think again my great baseball fan!  Mike Trout, yes the big contract greatest there is, or one of the greatest, Mike Trout, from August 1 to August 23, 2015, batting average .176 with 1 home run.  How about former MVP Chase Utley, such a baseball stalwart, with a cool .099 batting average and 3 home runs from April 6 to May 8, 2015.  And finally let’s not ignore the guy who set the record for consecutive games, the reliable, earnest, dedicated, unreal Cal Ripkin — batting average .151 with 2 home runs over the course of September and October 2001.

Talk about a flat tire! 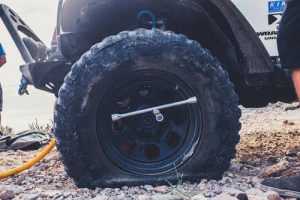 Pitchers slump too…  It isn’t just hitter.  Fielders…  I mean, slumping is just part of the deal, man.  And, to be sure, it is traumatic at any given time. I read about how the slumping player goes to bed, but his mind is so active: What should I do differently?  How is this happening? Maybe a different stance?  Maybe a batting glove?  Maybe eat differently.  Maybe a different bat?  Maybe if I cross the street looking left instead of right…

There’s the story of former Baltimore Oriole Brady Anderson.  He was a passenger in a car that was being driven by his team mate Rene Gonzales, who was driving too quickly all things considered on a dangerous road late at night, in the rain no less.  Anderson is reported to have said: “Gonz, if I wasn’t hitting .178, I’d ask you to slow down.”

Ah, well maybe I found at least a reason to stay at it, to stay with it.  And maybe what you will hear below is applicable to a whole lot more than just baseball.  Clayton Kershaw and Cody Bellinger, each, on why you should not give up, why you should get back up, and why you should keep at it.  This goes out to any and all of us struggling at any given time…