Is it like being told you are going to be stationed overseas? Perhaps in a place where there’s a risk of harm to your person? And, you don’t really know even when you’ll be back? Or, worse yet, if? 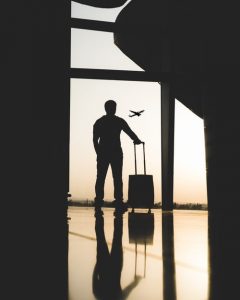 Reminds you of a divorce?

“Or, sorry it didn’t work out, but good luck, take care and adios…”

Baseball players, subject to various terms and conditions, can be traded. Most don’t get to say “No thanks!”  And trades come with the turf. It is part of the gig.  How many players are with one team their whole career? We live in a mobile society, after all. You can be on the other side of the world in less than day!

Being traded seems to be a little less difficult for the player, particularly if he is single, than it is for the player’s wife, significant other, or family.  It at least is reassuring to read that teams often have travel directors, and there are third persons who can help, some with quite a bit of experience in this unique brand of “placement”.  imagine a phone call: “Hello. I’m in Florida but have to get to Houston as soon as possible. Wife and the little ones need some help with this too. Can you find me a temporary place? We have to pack up. We have a rental, can you give notice there? Gees, I forgot, the cars… We have to figure out what to do with the cars. One of the kids is in school. Maybe they should stay put for the time being? Man, lots to deal with! But, I may be in the starting line up tomorrow…” 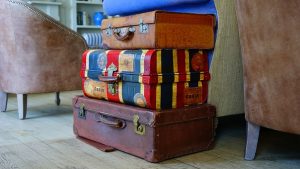 Ballplayers have a job to do. Getting traded is obviously an upheaval, a change, an adjustment. The other team is hoping if not expecting production — after all, they traded for you.

Being traded:  A mixture I suspect in many instances of sadness, perhaps some depression or anxiety if you are going to a lesser or much lesser team, or gladness, it all depends right?

True, a lot of jobs require travel. Some require you to move. In baseball it can be the very day you just pitched, and you’re expected in a different town with a different team on short notice. Maybe you suspected you were on the trading block, maybe instead it comes as a real shock.  You look at the map and say out loud “Ah, there’s where I’m goin… Hmmmm.” 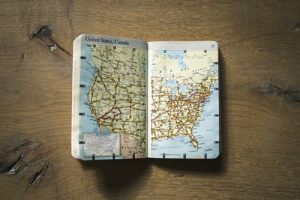 The trading block? Yuck… sounds like a butcher’s block, kind of.

I have read where one player’s philosophy is “I want to play major league ball. So, to a degree I signed up for this. My life will start when I’m 40… When I stop playing.”

Does it start with a phone call, a tap on the shoulder, or you are called into the manager’s office and he says “Hey, have a seat… Um… well… guess what?” 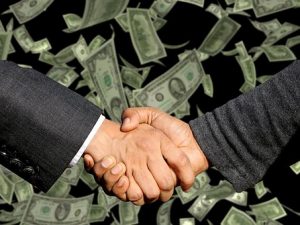 Most employers don’t trade employees. The baseball language reads “A Club may assign to another Club an existing contract with a player.”

I think it comes down to this:  You’re on deck, the bat is waiting for you.  Your energy high, you look forward to grabbing the bat, getting up to the plate, taking your cuts.  Maybe you will connect and send one traveling…  Wouldn’t that be sweet?  “Travel right outtah the park, and into the stands baby!”

And then you get the word.  Sitting patiently on the road there — kind of like the baseball bat — your carry on. 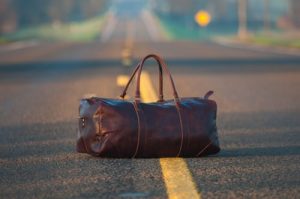