Do you believe in magic?  That’s a wonderful song from, oh, a few years back, but it is about magic “in a young girl’s heart…”  This is a bit different.

First, you may not have heard of Matt Beaty, or not heard much.  He is 26, just up from the minors this year, on the Dodgers, and he is a stud.  He is a guy who in this writer’s opinion should get regular playing time.  But, he may not.  So far he has not . There are even rumors he will be used as “trade bait”.

We baseball fans have to relinquish control to a real degree.  A challenge arises when you are sitting there, you say aloud or think to yourself, “Ok, I would bring in _________ at this point…”  Manager does not, then the game goes south, and you wind up muttering to yourself.  But, it just is part of the experience. You root for a team, but clearly you are not going to be making any decisions about who plays where, when, or otherwise.  If you are emotional enough about it then it is like riding a bucking bronco, at least at times, but without having any reigns to hold onto (and the horse is not going to listen to you anyway).

The Dodgers are deep in talent.  They already have a crowd, and for now have Joc Pederson (typically a left fielder) playing first base so Alex Verdugo can get the playing time in left field. Verdugo, aka Dugie, is another exciting young player with a ton of talent.  He also has a lot of personality, a look, a cache if you will.  Matt Beaty, well, “very serious” comes to mind. He might be considered a stand-in for Yul Brynner (this goes back a ways, so here’s a photo of Mr. Brynner, a highly respected actor in the day, famous for The King and I). 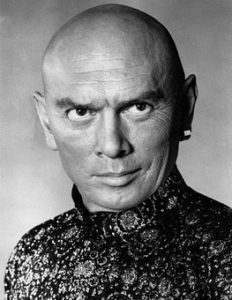 Matt simply is not a big time fist-pump kinda person.  He is steady, determined, outwardly quite calm, and just damn good. He is not, or seemingly has not been, real high on a lot of people’s radar.  He was a 48th round pick of the Kansas City Royals in 2011, but he did not sign, and then was drafted in June 2015 by the Dodgers in the twelfth round.  As noted, he is 26, so not as young as many rookies, born in Georgia, went to high school in Tennessee. He is happily married, and his wife posts on Facebook about “the dream”. Matt certainly acquitted himself well in the minors. For me, what is so impactful is his strengths are undeniable including that compact, dynamic swing. among other attributes. When you watch baseball for years, and obsess about it a bit (or a lot), there are some players that just make you sit up and say “There’s a keeper!”  Felt that most recently a couple years ago watching some guy named Walker Buehler, who I have previously predicted in this blog will be a Hall of Famer years hence.

So I just will say, in my very humble opinion, Matt Beaty is  a diamond on the diamond.  Let me try another slogan that may also make you groan a bit:  A diamond is a baseball fan’s best friend!

The sad problem is we fans don’t make any decisions.  Management does not give us much, if any say, and thus here I will just write about Mr. Beaty and hope the powers that be see and feel what so many of us do about this young gentleman.  Maybe we should hold up signs or write a petition or maybe hopefully just maybe they will be able to see what we have already seen.

A couple videos to help make the point: