INTERVIEW WITH THE BASE BALL 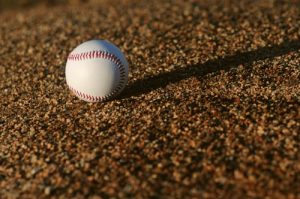 In this unusual piece, our intrepid reporter managed to get an exclusive interview with a baseball, freshly made, and at a major league park. The ball is very unique because it is able to communicate, has a voice, and did not roll away.

Following is the verbatim, recorded discussion, all done with the ball’s permission, and printed here to share with those interested.The ball came forward, at a time of mounting controversy about whether current major league base balls have  been modified to make them more likely to travel further.

“You’re a baseball.  A major league baseball.  Tell us about your experience.”

“I’ve come a long way over more than 150 years.  I am the product of time, consideration, rules, invariably some tinkering, and so I don’t really know how to answer what is it like?  I can tell you I am proud of my heritage, and am up to the job.  I look forward to being fully in the game, being thrown, getting hit, bouncing around, you know, being a ball.  What else can I tell you? Comments about being tightly wound, or left in stitches, are nothing new, we’ve heard it all before, been there, done that…”

“If someone hits you out of the park, a home run, does it hurt?” 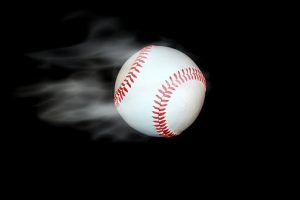 “Hurt?  Come on, are you serious?  Do you know what I am made of?  I am built to withstand getting hit, quite a few times.  Oh, and by the way, I do not yell ‘Wheeeeeee’ on my way out of the park.  We are silent, expected to be silent, and we do our job.  Now, having said that, let’s be clear — no one has even pitched me as yet, let alone hit me…. So, some of what I saying is just my best guess. I simply have some reason to answer the way that I have.  We are a legacy, we have knowledge of what came before…  We are part of a history, part of a continuum.”

“Ok, ok.  But do you actually keep track of each other?”

“That…” the ball pauses for a moment… “That is the part that we, um, we… well,  it hurts.  We get separated invariably, at least most of us.  A friend gets hit into the grand stands, we don’t see him or her again. Ideally we get packed up as a group once we are done with the big game at the major league ball park.  We like to be together.  It’s a lot less lonely. There are many other places where we can go, be part of a game there…” 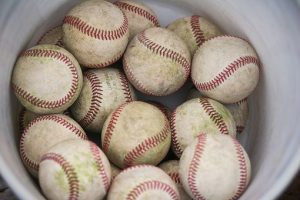 Yes, yes, him or her.  Baseballs are male or female, but we are made of the same stuff, come out pretty much the same way, but we have differences in our sense of things.  It’s hard to explain, but I guess that’s news to some that a base ball could actually have any level of gender.  To be completely transparent, you would not know the difference. There is no distinction in flight, rotation, or otherwise.  Just, some are male, some are female.  And we can be attracted to each other, if you must know..”

“Am I asking you about your love life?  Let me put it this way:  A ball and mitt go well together, all right? We have relationships.  It’s nature. You are familiar with nature?” 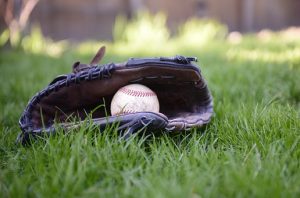 “Hey, look, some of this is pretty surprising…  I mean, man, if people could get some insight into your relationships, I mean, come on!”

“Ball….  Each one of us is ‘Ball’.  Let me say this very clearly:  We have a proud heritage.  Not every one of us makes it to the major leagues.  Some don’t cut it.  You have the word mountain.  If you choose to name the mountain that’s your giving it a name.  The mountain is simply and proudly called Mountain.”

(Ball breaks into nearly hysterical laughter, rolling several feet without any push or even a nudge.

“Man oh man oh man… that is sooooooo funny!  Are you juiced?  Are you juiced?!  If I am, I wouldn’t tell you.  What you need to know — we are made the way we were made before, except they do make a bit of progress or change here and there.  Our pill is more centered.  You wanna create a rumor, a myth, or conjecture, fine, you go right ahead. Just don’t fret about the time we were considered dead balls.  And, thank goodness you can’t spit on us any more before throwing a pitch, or scuff us if no one is looking…  Dude, to be very real:  Players at times have been very abusive toward us. Don’t be shocked if one day down the road a class action is brought seeking reparations!  Anyway, we do get used, and I mean  a lot …  we get thrown, we get hit…. we roll in the grass, we skip along the dirt… we get dirty.  We get bruised.  It’s part of life.” 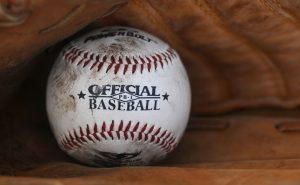 (The reporter at this point pauses, thinking about what the ball just said).

“Would you like to be thrown against a wall?”

“No, but you’re a ball.  Why can’t we treat you like a ball?  You are made to last.  There are size requirements, and a lot of wound material, high quality — ”

“Sorry to interrupt,  but write this down:  Base balls are happy that Major League Baseball bought the Rawlings Company.  God bless Rawlings…. for that matter, God bless Mr. Spalding all those years ago, when our core was rubber.  Pitchers were pretty happy with those base balls.  Anyway, I’m just saying we are relieved that the MLB has a role in our creation, our production…  It isn’t like it was way back when only a few balls were even used in a game.  Can you keep track of how many of us come and go in any given game?  Some of us, brand new, never used, never thrown, get tossed to fans, and wind up on a shelf without even seeing any play at all… That ain’t a great life!  We are made to play, period, end of story.  You rub some mud on us before we even get here.  We like that!  A well worn ball is highly respected, like you respect your elders, pretty much the same.” 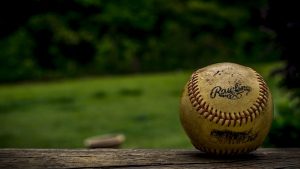 At this point, the ball boy came into the room (sorry, ball girl), smiled and said “Time to get going, pitchers are getting warm, can you wrap this up?”

The reporter tapped on the table top, thinking what else he could ask, should ask, at which point the ball spoke:

” Do you think there’s anyone, anywhere, who believes a base ball can talk, or communicate at all?  Dude, I wish you best of luck with this interview.  For me, it’s play time!”

With that the ball rolled right into the box, joining a bunch of others. The ball girl picked up the box, went down the runway to the field, and delivered the balls to an Umpire.

The reporter stared at his computer screen, turned off his tape recorder, and said aloud, although no one was there:  “I guess I am going to submit the interview, and see if the paper publishes it….  Worse that happens is someone throws something at me. Hopefully it’s not a major league baseball!”

A short while later someone did throw something at him, similar to a base ball but in this instance  (get ready to groan)… a ball loon… 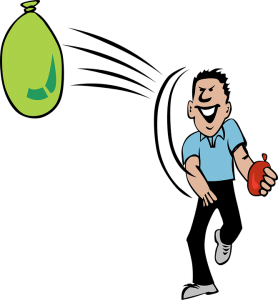