BASEBALL, AND WHAT REALLY COUNTS 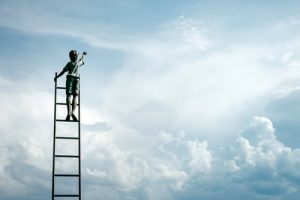 If you’re a bit like me, it aggravates you no end if the manager takes the pitcher out, puts in a reliever, who then blows the game all together.  Or, there are runners on first and third, one out, the hitter just needs a sacrifice fly, or even a soft grounder, to just bring in the run, but whiffs on a ball in the dirt.

Man I hate that stuff!.  And I take it very seriously.

Except I just read the Hall of Fame in Cooperstown has on display the prosthetic hand which Hailey Dawson used to throw out the first pitch at many of the  major league stadiums.  You may know that Hailey was born with Poland Syndrome, which leaves you with missing or underdeveloped muscles on one side of your body.  There is no known cause, and treatment varies with the severity of the symptoms. Hailey has underdeveloped pectoral muscles, as well as three missing or underdeveloped fingers on her right hand.

But, Hailey likes baseball, a lot.  Four years ago her family reached out to the College of Engineering at the University of Las Vegas.  Incredibly, however they do it, a number of 3-D hands were printed for Hailey to use, providing the ability to hold and carry things, including to throw a baseball.  Her initial, first ceremonial pitch was in 2015 at a University of Nevada Las Vegas Rebels’ game.  She loved it, told her mom, and mom then wrote to the Baltimore Orioles, the family’s favorite team.  (A team, by the way, which has not been faring all that well the past few years).

On August 17, 2015, Hailey threw the ceremonial first pitch to her favorite player, Manny Machado.  Three years later, she had completed throwing out a first pitch at every MLB stadium.  Since then she has her own Topps baseball card, and rightfully so. She is a true major leaguer. She has brought to light what we know about baseball — it is a story that eclipses trivia, that puts to shame the kind of whining I mention above (at which I sadly am so adept) — baseball is a sport that embrace the larger-than-life.

So it is that Hailey Dawson reminds me of what really counts: Desire, resilience, strength,  and love.  Batting averages, on base percentages, the earned run average, the team’s record, well, sorry, but not so much.

I suspect if I asked Hailey about her experience she would tell me she is just having fun.  In turn, I just want to thank her, and her family, since I lose perspective some times