Baseball has so many uniquenesses.  Here are just a few in case you’re at the ball park, or watching on the telly, or at a cocktail party and want to impress or at least amuse with your vast array of knowledge:

Virgil “Fire” Trucks pitched in 1952 for the Detroit Tigers.  His record was not so good, 5 wins and 19 losses for the season; however, two of his wins were no-hitters.  Go figure!  Seems weird… Back in 1914, Pittsburg’s Babe Adams pitched 21 innings, the entire game, and issued no walks; but he lost the game 3 to 1 when he gave up two runs in the 21st inning.  The reality is he pitched over two full games on that occasion.  Holy extra innings Batman!

The record for most steals in one inning belongs to the Washington Senators dating from 1915, which was then tied in 1919.  8 , count ’em 8.  That is a lot of theft!  But, I am wondering about the arm of the catcher behind the plate…

Hank Aaron, aka Hammerin’ Hank, a true mover and shaker.  On August 18, 1965, he hit a home run, but the ump, Chris Pelekoudas, disallowed it because he determined Aaron actually hit the ball while outside of the batter’s box. Hard to conjure that one up.

Imagine striking out while you’re sitting on the bench.  September 4, 1978 is the date.  Pirates Doe Boyland is removed with a 1-2 count against him, when the Mets make a pitching change.  The pinch hitter Rennie Stennett takes a called third strike.  Per the rules, the strikeout is charged to Boyland. I wonder if Stennett even bought him a beer or something.  Well, that stands out for different, to be sure. 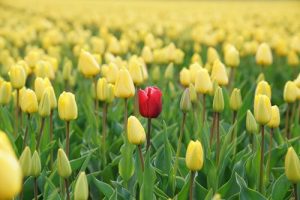 Nowadays a concern for so many of us is spreading ourselves too thin.  Then there’s Joel Youngblood who,  on August 4, 1982, completed for two separate teams in two different cities. Joel began the day in Chicago and ended it in Philadelphia. Before it was all over he becomes a New York Met and then a Montreal Expo.  To explain: He started  at Wrigley Field, goes one for two, leaves the game, finds out he’s been traded to the Expos, enters right field in the sixth inning of that game after traveling there and goes one for one. Busy busy busy!

Finally, let’s conclude with a basic good day’s work:  Von Hayes of Philadelphia hit two home runs in the first inning, June 11, 1985.  The first was a solo shot and the second a grand slam. And then he rested… or something.

Now, if you would just as soon not talk about these items, and show a video instead, you may (along with some 13 million others) find this video of interest as well: