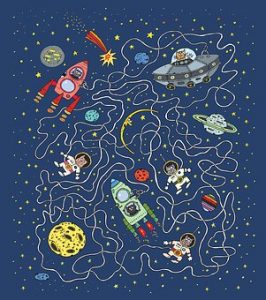 There’s a gentleman named George Will. He is a conservative thinker, commentator, prognosticator, author,  as well as a big time baseball fan.

Each year for a number of years he has a quiz that is presented with Opening Day.

And… I also want to thank George.  Whether I agree with any of his political or social views is

far less important than his genuine fondness for our National past time.

What two players hit over .400 in a season without winning the batting title?

Who is the only third baseman in history to have at least 50 doubles and 30 home runs in a season?

What third baseman lost the 1953 American League batting title, and hence the Triple Crown, on a close play at first on the last out of the season?

Who won that batting title?

Who is the only pitcher with 100 saves and 100 complete games?

What four players have more than 500 home runs and at least three World Series rings?

Who took his team to the postseason in his first four years managing?

Who has the most first-inning home runs in MLB history?

Whose team managed only two base runners while he pitched a perfect game?

Who is the shortest Hall of Famer?

Who went 7-2 with a 1.89 ERA and averaged nine innings a start in nine World Series games?

What franchise won the World Series in three cities?

What World Series winner had the worst regular-season record?

What two hitters had an extra-base hit in 14 consecutive games?

Who was the most recent pitcher to have four consecutive 20-win seasons?

Who averaged 301 innings per season during the 1950s with 237 complete games?

What was the only World Series featuring two teams not among the original 16 of 1901?

What four players hit home runs before they were 20 and after they were 40?

Who was the youngest to get 100 homers and 100 stolen bases?

What team won three games in a World Series by 10 or more runs?

Who hit the most extra-inning home runs?

Who holds the record for most consecutive World Series games with a hit?

What pitcher had 311 more strikeouts than walks in a season?

Who wore the uniform of all four New York teams?

Which three managers led four different franchises in the postseason?

What NL and AL managers hold their league records for most average wins over three consecutive seasons?

What pitcher won the most games over three consecutive seasons?

Who hit the most career walk-off home runs?

FIRST BONUS QUESTION: What Philadelphia Phillies manager, explaining why he retired after the first game of the 1960s season, said, “I’m 49 years old and I want to live to be 50”?

SECOND BONUS QUESTION: What Phillies manager said “Even Napoleon had his Watergate” and “Mike Andrews’s limits are limitless”?