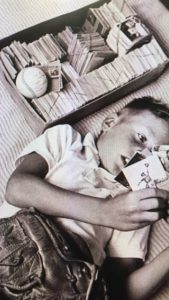 All of us dream. We dream as kids.  We dream as adults.  I think that dreaming, day dreaming mind you, can be a very good thing.  I want to say “Tell me what you are dreaming and I think you are on your way to becoming just that…”

My earliest dreams were with baseball cards. I could talk to the guys.  Learn about them.  See them on tv.  Maybe even at a  ballpark. I would think of walking among them. They were like giants.  The whole world was a big forest with incredibly tall trees. And I was welcome there, it was comfortable, even if I did not know where I was going.

Some of us worry as much as we dream.  The baseball cards taught me otherwise.  They took my mind off worrying. They got me to thinking.  Wonder if I’d rather play short stop, or be a pitcher?  Wonder if I would be a smart hitter, a singles guy, steal bases, or a home run hitter?

Yes, they are just made of cardboard by and large.  And many had that smell of the pink bubblegum they were wrapped with.  Frankly, baseball cards aren’t really all that special, are they?

Well… you can’t convince me of that.  Some had a photo of a pitcher just after throwing the ball.  Some had a batter smiling with the lumber on his shoulder.  Some were warming up.  Some had the outfielder catching a ball. Some were sliding home.  Caught in a moment of time, playing baseball, that great sport!

On the back of the card were stories, statistics, and so I would have at least a little bit of knowledge about a bunch of strangers, all of whom as far as I was concerned had become friends.

There was a gentleman also at the time who told stories and anecdotes about baseball and the players, and the history and you know I mean, he just went on and on. Radio, it was on the radio, and we always had a radio, sometimes a little one, a transistor radio. His name, Vin Scully.  By the time that combination was through with me, baseball cards and Vin Scully, well, frankly, I fell in love, and still swoon about it to this day.  As I have gotten older, truth is, I like it even more.  And I am convinced that I am absolutely right.  Baseball is the dream place.

Baseball helped to break down racial barriers.  Baseball welcomes and  is full of immigrants. Men and women are baseball players, broadcasters, team owners, and then some. People get together.  Strangers mostly, and yet become a family.  It is tribal, isn’t it?  It is poetry too, don’t you think?

It all started with those cards in that cardboard box.

Funny what you may be grateful for when you think about it, when you look back a few years (or a lot).  Baseball cards that were the springboard to dreams.

Your know, I really love the song by Johnny Mercer…. Dream.  It goes like this:

Dream
When you’re feelin’ blue
Dream
That’s the thing to do
Just watch the smoke rings rise in the air
You’ll find your share of memories there
So dream
When the day is through
Dream
And they might come true
Things never are as bad as they seem
So dream, dream, dream 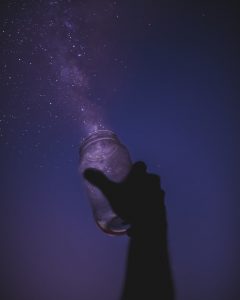