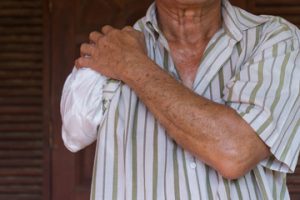 The great composer Ravel (for reasons I have yet to determine) composed a concerto for just the left hand. It is extraordinary. And, just in case you don’t quite believe me, here is a You Tube video of the remarkable Yuja Wang.  (No, she doesn’t play for the Yankees or the Cubs), but there’s reason why I am including this, even if you just watch a snippet.

As to baseball: It is a sport that  requires a lot of skill including hand to eye, endurance, real agility, and mental strength. You have to act quickly in the field. You have to to be smart at the plate. You gotta run. jump, slide, I mean, all sorts of things!

Well, here then is another video you may find of interest.  This is Peter Robert Gray:

Remember the tv show “The Fugitive”?  There was that infamous one armed man that Richard Kimble was forever chasing…

One arm, and Pete played in the major leagues.

How many with both eyes, both feet, both arms, both hands and then some never made it to the majors?

So, then, next time any of us complains about traffic, Congress, the weather, food at the restaurant, what that dumb Manager just did… I suggest asking this question:  What would Pete Gray say?

Thank you Mr. Gray for reminding all of us what matters.  Oh, by the way,  Pete was not just a major league ball player.  He obtained a Bachelor of Arts degree in Classics at the University of Newcastle.  In 2009 he initiated what the Australian Broadcasting Corporation described as “the first ever legal action aimed at curbing greenhouse gas pollution from a coal-fired power station…”  So it won’t surprise you to read that a pair of his shoes were sold at auction, at his request, with the money donated to the International Committee for the Red Cross and its work in Iraq.