IS NOSTALGIA TOO NOSTALGIC? 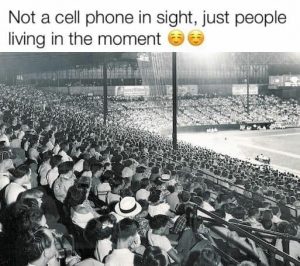 This image was posted on a baseball face book site.  Looks like the folks in the stands are quite well dressed.

Did you know that in 1927 there was 70,000 at the Yankees’ opening game?  It was a day game, of course. Baseball used to be played only in the daylight, back then.

And, teams used to travel by train.  In some towns it was such a big deal that players were coming through that crowds gathered at the stations to get a glimpse of the guys.  Of course, Babe Ruth was a genuine living legend, which really drove interest.  Even a wave from a window brought goose bumps, in those days. 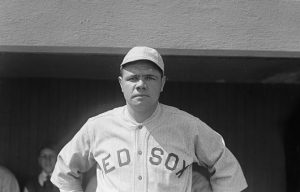 The fact is baseball teams didn’t get into jets, in those days either.  They didn’t zip up above the clouds, or soar from place to place with suitcase-handlers in tow.  Most of the guys weren’t real well coiffed.  Truth is, most weren’t paid astronomical sums of money, in those days.

It was the game.  Our national past time.  People went for what was going on here in front of them, on the field, or it sure seems like that is the main reason they were there.  Not so much the big screens down the left and right field lines.  Kids peaked through holes in fences, remember?  Reporters pecked away on manual typewriters. 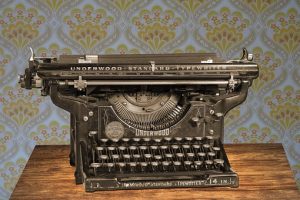 There wasn’t a speed gun in the house.

There were no tv cameras.  Hand held camera was key, you know, the kind they used in those days. 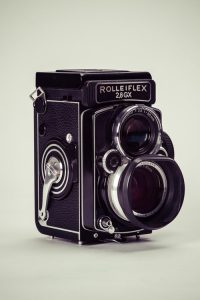 It was America’s game. And radio was the big ear.  Radio, and the voice over the radio that brought us the action, back then. 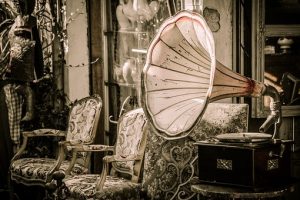 My sister tells me baseball still is the national past time.  She says people go primarily for the game today, no matter my grousing.  She tells me, “Look it’s just a lot more dolled up, with trinkets, bows, colors, whatever… whaaaaaaat….. everrrrrrrrrrrhhhh.  But, trust me, it’s still that beautiful game that we know as baseball, that was invented by God because it was and is as important as the planets and the stars themselves…  It is indeed God’s favorite game!”

Truth is, I have read that nostalgia romanticizes what things were like in the past.  Nostalgia is just day dreaming in reverse. It seems like it was better then because it was then, not now.

“Dad,  was everything in black and white when you were younger?”

“Wait a second, what did you ask me?”

“Seems like everything was in black and white back then, dad, that’s all I’m saying…”

Don’t mean to romanticize the past, but I sure long for a baseball game without all the distractions, all the clanging bells and shrill whistles.  I want to  go with a well dressed crowd, put my hat on, and root for players whose mitts are not state of the art, whose managers are not calculating numbers from pages of data pieced together by statisticians obsessed with metrics. I don’t want to know the miles per hour of the pitch.  I just want to watch them play.

Bottom line, I know that the game is fully with us.  It just looks a lot different.  It’s just a lot noisier, but it often isn’t human sound.  They got these damn machines and buttons they push.  But, it’s still the game.  Maybe it grew up and I just don’t realize it, or don’t want to admit it.  Kind of like your son who one day is taller than you, or your daughter who makes your eyes pop open as if you just saw her for the first time.  “Honey, you got a tattoo where?”

All right, I admit to being nostalgic.  I think baseball (at its best) is just baseball, that’s all, nothing more, nothing less.  Just the grand old game, in color mind you, played between adults who probably never quite grew up, like me… which is why I wrote this in the first place.

I liked being a kid, with my sister.  Those were the good old days. 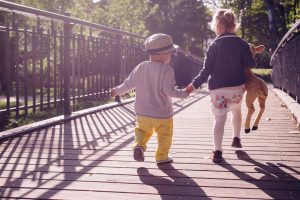