A Bull Dog in the Hall of Fame? 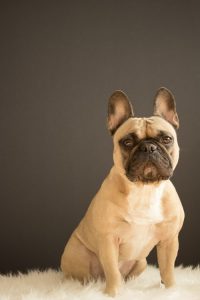 The Bulldog is quite a popular breed.  Associated early with English culture, the BBC has written that “to many the Bulldog is a national icon, symbolising pluck and determination.”  During World II, Prime Minister Winston Churchill was likened to a Bulldog for his determined, resolute defiance of Nazi Germany.

But, the bulldog I’m thinking about has an association with “goose eggs”  You see, Bulldog is the nickname Tommy Lasorda gave pitcher Orel Hershiser. How the heck did that happen?  Well, it’s isn’t pretty so here you go:

Who is this guy Hershiser, and why do I think he should be in the Hall of Fame? After all, the Dodgers have a future hall of famer whose nickname is Kersh.  Are we supposed to call this other guy “Hersh”?  I don’t think so.  I just know he was pugnacious on the mound.  And, when the Dodgers somehow became the very unlikely winners of the 1988 World Series, he famously dropped to his knee on the pitcher’s mound and thanked the Lord Almighty.  The whole thing had some kind of divine intervention.  Remember?  A few games earlier Kirk Gibson hit that “improbable impossible” home run, with Dennis Eckersly looking up with that unforgettable gaze into the unforgiving sky?  You could say it was destiny, a home run that jumped into the hearts of baseball fans, not just Dodger fans, and into the throats of anyone who could yell at the top of their exhausted lungs. 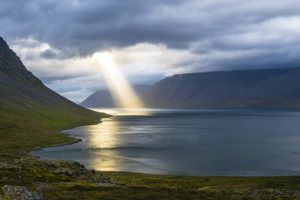 Orel Hershiser is a candidate for the Hall of Fame again this year.  It will take a vote of the Game Era Committee. He hasn’t fared all that well to date, so should he be voted in?  I have an answer:  Are you kidding me?  Seriously?  You have to ask?  The quality of his play.  The strength of his numbers.  The record he set.  And then we take stock of him.  What is he like?  Who is he?

“Stand up guy” is a description made for Orel.  Kind, thoughtful, articulate… we see him on television, on broadcasts, hear him on the radio.  He does a lot of commentating, particularly for the Dodgers.  He gets emotional at times when you hear him speak, when you see videos of him talking about the 1988 team, about his own experiences, about others. You just cannot fake integrity.  You cannot feign being a good person. So, the quality of the person is huge here, but look at the record: Between 1984 and 1989, he had a 2.68 ERA, 28.1 WAR, and his 98 victories was third in the MLB.  In 1988 you may well recall he broke Don Drysdale’s Major league record scoreless inning streak, won the Cy Young award, a Gold Glove, and was, in no particular order, the NLCS and World Series MVP, as well as Sport Illustrated Sportsman of the Year.  That was as a Dodger.  He later landed in Cleveland, and led that team to the 1995 World Series by winning the ALCS MVP.  In total he won 204 games, struck out 2,104 batters, and among starters with at least one hundred post season innings, he’s fifth best all time.

Oh, he was on a number of All Star teams.  He was not over powering, but had a variety of pitches and was quite cerebral out there. He simply out-thought batters.  He is indeed an active Christian, who in 1992 on the The Tonight Show with another hall of famer named Johnny Carson, sang hymns to the audience. You might like his book published in 2002 entitled Between the Lines:  Nine Things Baseball Taught Me About Life.

Let me just push this a little more:  He is the only player in history to win both the NLCS and ALCS Most Valuable Player Awards.

So, if he is not voted into the Hall of Fame, I may just have to start my own, induct him, and let everyone else follow.  Yes, that’s my plan. If Cooperstown won’t have this gem, I’ll open up my own jewelry store so-to-speak. 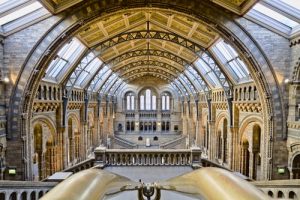