WAR, What is it Good For? 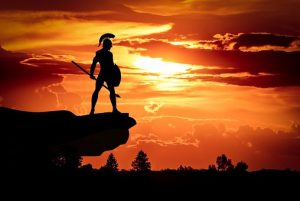 But, what if they gave a war, and nobody came?

Ok, this not the WAR of military combat, but the WAR that is referred to in baseball. I’ve studied this thing.  I really have concentrated.  I burned the midnight oil…read and re-read and talked to folks and listened and — deep breath, sigh, deep breath, sigh — here goes:

Wins Above Replacement (WAR) seeks to evaluate a player’s overall contributions to his or her team, set forth in just one statistic. Yes, of course it is part of sabermetrics.

WAR is all-inclusive, and is reputed to help in comparing players.  This is the basic query:  If a particular player is injured, and the team has to replace him or her with someone else from their bench or elsewhere, just how much value would the team lose?  Well?  You take a wins format (Player “A” would be worth this many wins, player “B” that many).

To be clear, WAR is not precise.  Engineers may like the analytics, but not the wavy lines…  Bottom line, an approximation is made on value, which turns on various items, such as whether we are assessing a pitcher or a position player.  Let’s just take a position player:  Have at hand their batting runs, base runnings runs, and fielding runs above average, add a positional adjustment, with a minor adjustment for the particular league, then add replacement runs in order to compare their performance to the replacement level rather than the average ballplayer. Got that?

Now, take that sum and divide it by the runs per win value of that season to find WAR. Piece of cake right? And, so you know, there are FanGraphs (fWAR), and Baseball-Reference (rWAR or bWAR).  You can find a whole lot of statistics there.

Truth is… I hate war, and now more than ever.  Oh, the analytical folks took the right abbreviation but if you ask me — please ask me!  Peace and batting average baby!  Give me peace and batting average, or peace and earned run average.  I love it!  I can understand that my brothers and sisters…  WAR, what is it good for?  Absolutely confusin’, don’t say it again… WAR, what is it good for… driving you nuts.. say it again!

All I am sayin… is give peace a chance.

(And, ok, throw in the post season.  That kind of war is fine) 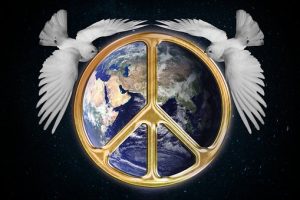